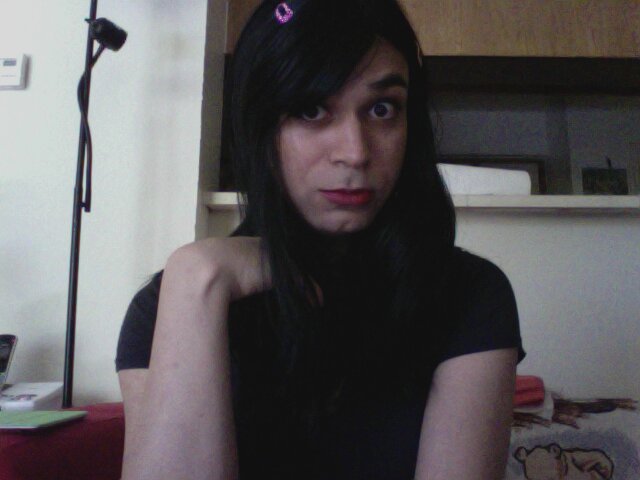 So, I came out on Facebook earlier this year, to pretty much everyone I know, and the outcome, as you can see from the pics attached in that post, was pretty good. I felt freer and more-able to post pics on my one-and-only facebook account, and found a bit more courage to dress, and partially dress (makeup, nail polish, low heels a few times) to work, without comment, which is nice.

It’s been so… liberating… to not have to hide one of the hugest parts of who I am. Admittedly, this is the SF Bay Area, so people are mostly a lot more accepting, but I still feel surprised that no one’s tried to ostracize me in some way. Maybe some people have, and have been quietly beaten down into grudging acceptance by the fact that most people don’t really give a shit. The thought of that makes me kind of happy. lol.

Sometimes though, as accepting (or at the very least, tolerating) as people can be, I sometimes feel that now that it’s out there, there is sometimes a barely perceptible wall that’s been built (and is in no this metaphor related to the fact that I’ve been listening to Pink Floyd’s “The Wall” on repeat for about a month) in some of my interactions with other people. Whether it’s on their part, or on mine, I’m not sure – or even whether it’s completely in my own imagination, but I do sometimes feel like because I’ve now outed myself as that-guy-who-wants-to-look-like-a-woman-sometimes, that I’m the odd-one-out. The weird guy in the office. That strange person on the train.

Sometimes I don’t care. Sometimes it gets me down.

I wrote all the above in October, but didn’t publish it. I’m not sure why. Maybe because it seemed too depressing, too whiny. But every now and then, I’ll still feel the same way. It’s hard being different, and it’s a fact of life we’ll all have to accept.

Which is harder? Being judged by people while living an honest life, or fitting in and living a dishonest one?

Having lived both sides of that coin, I can honestly say I’m much happier living on the honest-life side of it.

One thought on “On being out.”