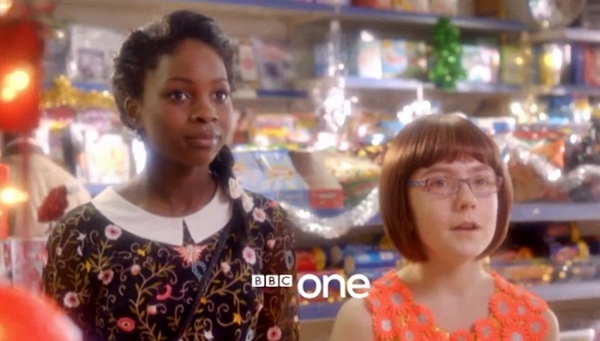 Home » Miscellaneous » The Boy In The Dress

On Boxing day (December 26th for all my non-commonwealth readers), BBC one showed “The Boy In The Dress”, a story about, according to wikipedia:

a twelve-year-old boy who enjoys cross-dressing, and the reactions of his family and friends.

Having watched the trailer, obviously I was curious, so I went about getting my hands on it and taking a look.
Spoilers below, you have been warned!

Honestly, I don’t know where to begin. It was as if someone had taken all of my biggest hopes and fears and condensed them into an hour of children’s TV. It was amazing. From him first trying on the dress, to worrying about what people will think, to having the worst happen and being exposed and humiliated in front of his school, to being accepted by his friends and family. It’s like a rollercoaster of cross-dressing emotions.

Some of the lines definitely hit me really hard:

Kate Moss: “Boys can like Vogue too, you know”

Damn right, Kate Moss. By the way, you were predictably *stunning* in that red dress, and my god, you can work a camera.

Dad: I thought I brought you up to be men…I just want to know why?”
Denis: I guess… it made me happy

OH GOD THERE’S SOMETHING IN MY EYE

Maybe there are children out there who watched it, or hell, even adults, who learned that maybe it’s ok to be different. That if they want to wear a dress, or play with makeup, that there’s nothing wrong with it – regardless of whether you’re a boy or a girl. It’s a phenomenal message to send out, and I’m proud of the BBC for bringing it to such a wide audience. It makes me wonder how different (easier?) getting over my own issues would have been, had such positive images of diverse gender-identities been more prevalent.

Definitely worth a watch, for sure :)

One thought on “The Boy In The Dress”