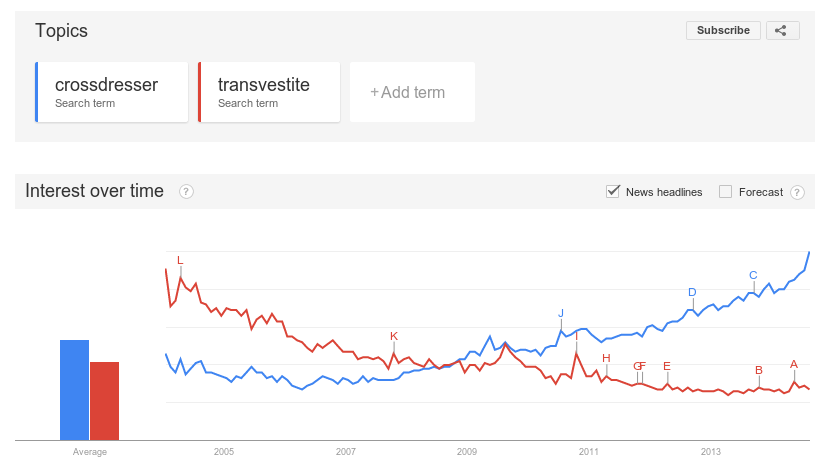 I was playing around with Google trends a bit yesterday, and came up with this: It’s interesting how the word “transvestite” was largely replaced by “crossdresser” starting around the middle of 2008. The only thing I can think of is that “transvestite” is a little too close to “tranny” which I wouldn’t want to be thought of as purely for the pornographic connotations. (If you include “tranny” on the chart, it dwarfs both “transvestite” and “crossdresser”. sigh.)

Can you think of anything else?

2 thoughts on “Crossdresser or Transvestite?”