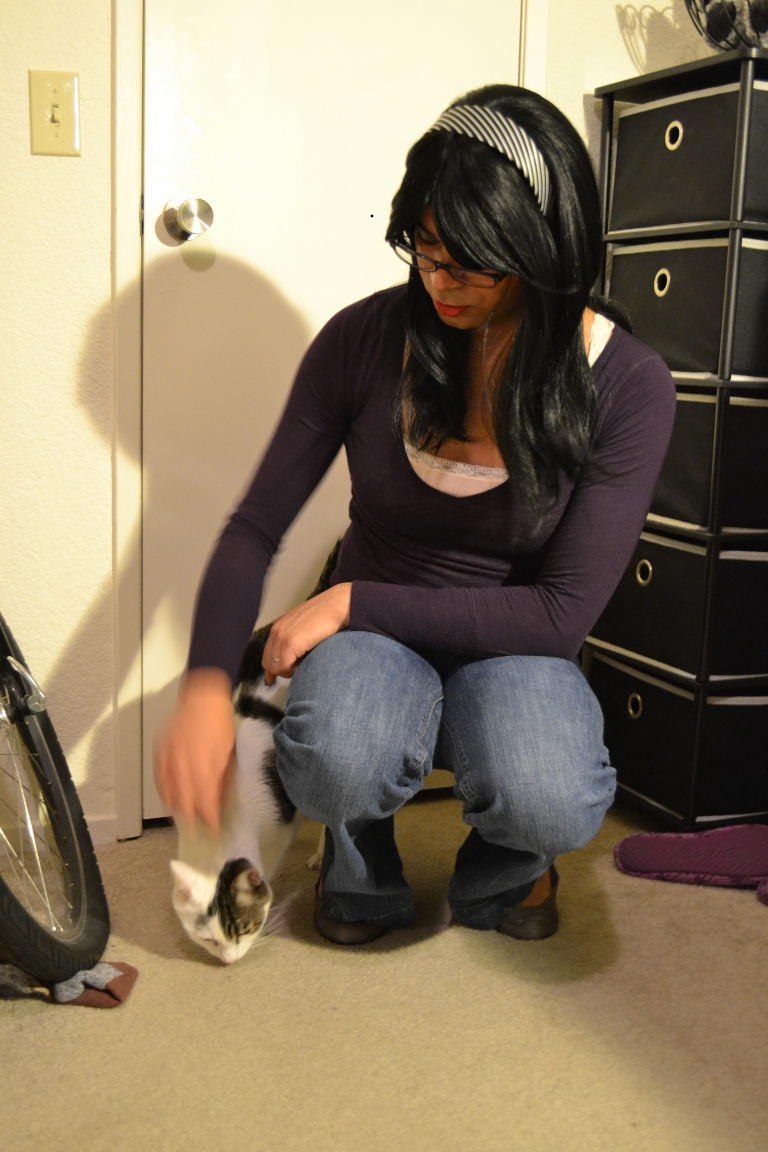 Short answer: No. Although some crossdressers might be gay, the majority aren’t.

It’s an important question. Initially my thoughts on this were “It shouldn’t matter! There’s nothing wrong with being gay!”. While I agree wholeheartedly with the latter, the former is clearly incorrect: it *does* matter a great deal in some cases. If you see a crossdresser in the street and you immediately associate them with being gay, you’re guilty of making false assumptions, but that’s of no real consequence. If you find out after 20 years of marriage that your husband is a crossdresser, and your mind jumps to wondering whether or not he is gay, I think that’s far more excusable because the possibility arises that since he’s been hiding this one part of his life from you for so long, he may have been hiding a great deal more.
(sidenote: My wife is fully aware of my crossdressing, and incredibly supportive. I’d encourage any crossdressers to be 100% open about it when entering into a relationship. Lying to your partner does not a healthy marriage make.)

It seems like a lot of people are under the impression that any even slight deviance from the stereotypical male presentation must mean that someone is gay. For a variety of reasons, men are not given the latitude that women are in terms of self-expression. A woman can wear a pair of jeans without anyone blinking, but a man wearing a skirt is both a novelty and a subject of derision. There are many reasons for this: Jeans/pants are practical – among other things, they have pockets, and are less likely to be caught in machinery if you’re working in a factory (one of the reasons women started wearing pants in the first place). For men who are such inclined, the wearing of a skirt is nothing other than a fashion choice, with no real practical application.

Here’s a rather contrived conversation:
“Why can’t men wear skirts? Women can wear jeans!”
“Yes, but jeans are practical.”
“So why do women wear skirts then, if jeans are so practical?”
“Because we like wearing skirts too!”
“So why can’t a man like wearing a skirt?”
“They must be doing it to attract men! They’re GAY!!”

(I told you it was contrived.)

Is the act of dressing up in female garb a trick to attract men? We can put a similar question to women: “Why do you wear makeup? What about high heels and short skirts?” In general, I believe the answer generally revolves about doing so to feel good about how you look, and certainly not always the be-all and end-all to attracting the red-blooded male. The answer to the question when put to people such as myself is similarly the same: I want to feel good about how I look. Does that make me gay? No, not even slightly.

6 thoughts on “Ask a Crossdresser: Does it mean you’re gay?”