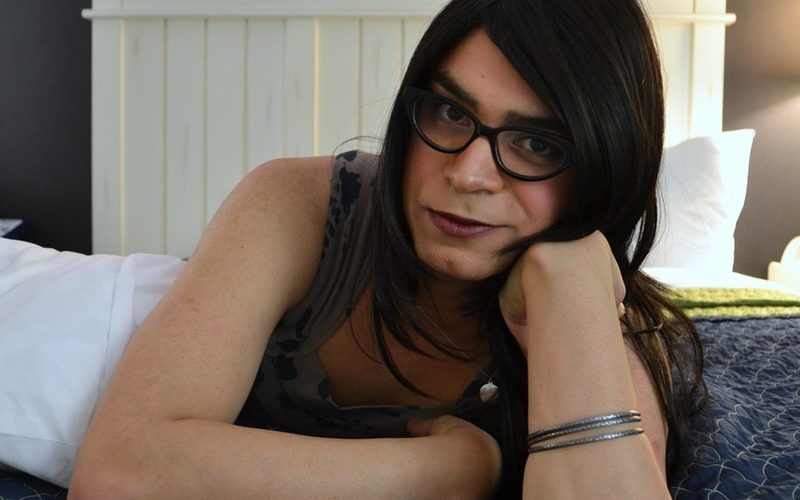 I’d talked a few times about what was going on with my dad. About a month ago, he finally slipped away.

I don’t believe in god – I think it would be nice if there was a plan, but I have neither proof nor evidence of one. Dad’s gone, and the slate which stored the full encoding of his brain has been wiped clean. He exists now only in echoes. Waves in the ocean from a passing boat that poofs suddenly out of existence; Waves that become ripples, ripples that become murmurs, murmurs that become whispers unheard against the choppy water.

Dad wasn’t really a talker. I don’t think we ever talked about serious things. When I became much more open about crossdressing, we never talked about it. He never mentioned it, never liked any photos of mine on Facebook, never commented on it whatsoever. In some ways, I’m sad about that. I wonder if he thought I was a monster.

I wonder if he thought I was beautiful.

I suppose I’ll never know. As good as I am with talking about stuff, talking about personal things with my parents was awful. My mum and I talked in bits about it, and I mostly didn’t want to open up with her, or my dad, about anything. I couldn’t ask my mum how my dad felt about my dressing up because we’re past that now and I don’t think I’d get an honest answer. But I do wonder. My mum told me once that Dad had told her not to encourage it (Mum was pretty good about liking my photos, which was greatly appreciated). I don’t think he said this out of disgust – I think he said it out of fear for my safety, as well as at least some amount of familial embarrassment. One of those things I’m certain of, the other I am only assuming.

A long time ago, my mum told me a story, in front of my dad, about him. About how when he was a kid in Sri Lanka, he would dress up in his mothers clothes and go door to door to his neighbours and pretend to be his mother or maybe pretend to be an old woman. I forget the details exactly. Dad was clearly embarrassed about this story, which is probably why my mum decided to tell me! But I clearly remember thinking “Oh, well if I ever do tell them about me, it won’t be as big of a deal!”

I’m not saying my dad was anywhere close to being a crossdresser – I think that story is essentially reflective of being a fucking weird kid, as all kids are. But I hoped at the time maybe that glimmer might have helped him understand me in at least a small way.

I love you, Dad. I’m glad you’re not suffering anymore.