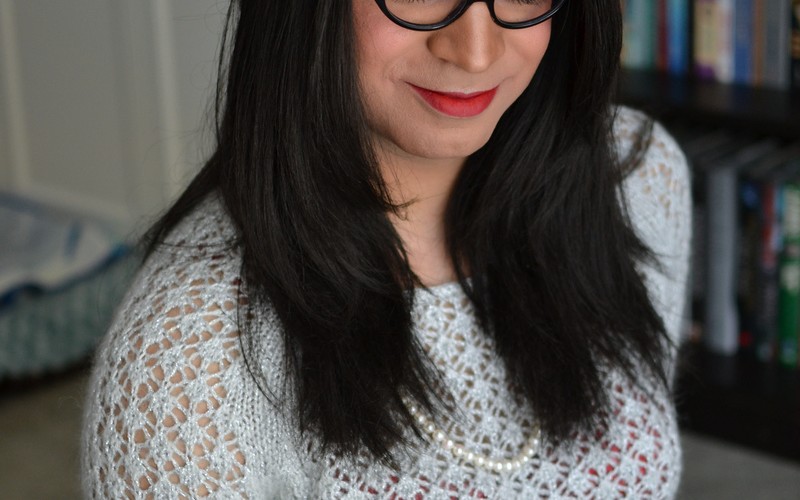 It seems like everyone has done some kind of crossdresser timeline, except me. Not one to avoid a good ol’ bandwagon, let’s get this show on the road. A lot of these dates are estimates. This is the earliest picture I can find of myself dressed up. I was at university at the time, but still living at home – it’s no wonder that there’s almost no pics from this time. I had a sort of defined style, insomuch as I remember reading how the goth community was very accepting about dudes wearing skirts, so I figured… I know! I’ll be a goth! This also resulted in me hanging out with goth people.
One particular instance involved me going to a bar with some what-can-only-be-described-as-acquaintances, changing out of my pants and into a long, black, velvet skirt, having a few drinks, realising my bag was stolen, and then figuring out how to get home on the bus without anyone killing me for wearing a skirt. As it turns out, no one did – so, you know, bonus. Ok so clearly, I was bad at this. Holding the camera is my then-fiancée-now-wife. This was the first time (I’m pretty sure) I’d tried anything resembling boobs. Notice, again, the stripy tights – I was super into those. I probably still have them somewhere. Also: black and white on black and white? Jeez. I hadn’t even really started seriously with makeup – the most I had done is smearing eyeliner over my eyelids and thinking maybe that looked ok :S My first wig (shitty), nail polish for the first time (removed IMMEDIATELY), unshaven arms (NEVER AGAIN), no makeup, but a not-terrible outfit. Oh hey, and whaddya know – I think those are my breast-forms – finally!

GIANT GAP WHERE I TOOK NO PHOTOS

There’s a whole 2-3 years here where, as it turns out, I didn’t take any photos. I don’t really know why. I was definitely still accumulating stuff, desperately trying to push my own boundaries and doing things like taking out the trash at night wearing heels. We lived in a particular apartment which was reasonably nice, but yeah. no photos from then. Huh. Hey, webcam! It was around this point where I decided I would make a website. I had no plan, no advice to give, nothing but a shitty layout and bad decisions. But, I suppose it was around this time I started to take things a lot more seriously. I already figured it wasn’t going away (I kind of work that out about 7 years previous!). But now I had for the first time in my life: a disposable income. Sweet :D I was obsessed with those earrings for a long time, and that god-awful sweater-dress. It looks good here, but yeah – god-awful. I really liked this t-shirt. I actually wore it for a recent photoshoot, and it looked pretty good :D Hadn’t figured out foundation, or lipstick really…or eyebrows. Still in the webcam-era, for now… Ah, lol – the first pic I ever took on public transport! This was me coming home from one of the first serious-pants instances of going out to a bar-or-something-while-dressed. I went to a friend’s house, got dressed there, and we went out to a few bars. Got back to her place and crashed, with the full intention of going back home in jeans. But when I woke up at like 6am (still in makeup) I thought…maybe I can do this? Skirt on, boots on, wig on… and a brief moment of hesitation by the front door before I say “Fuck it” and push myself out there. It’s not my place. I don’t have a key – now I’m just out on the street, dressed up, on a sunday morning. Made it home safely, so w00t :D

This is a better view of that outfit – it’s kind of… all over the place. A haphazard mashup of things that are basically designed to hide all of me. I’m still getting over that to some extent. This… was a turning point. There was a costume-party at work coming up with the theme of “circus-freak” – and what better than a ringmaster/bearded-lady combo? I kind of went a bit nuts – BUT there I was, surrounded by lots and lots of co-workers, complimenting my outfit – a few jokingly mentioning that maybe I was a bit too good at this. Yeeeeeah. …and then I did it again at another work party. Ok, this outfit was GREAT – apart from the really, really awful wig. I should’ve known better. I should’ve worn the longer one I already had, but nooooOOOoo I had to go for one that was consistent with the time period but made me look AWFUL. That’s ok. Clearly this was becoming kind of a theme with people at work. And then something happened. I took this photo while dressed up at home, and it kind of floored me. It was like “Hey…that’s what I’ve been trying to get towards forever!”. I looked good. And I was SO FRUSTRATED. The number of people who I knew I could show this photo to was about 3 people. Here was this thing I was so proud of, but I couldn’t tell anyone. It was kind of heartbreaking. But. I’d made progress in recent months. People had seen me dressed up – maybe it wasn’t that big of a deal? With words of encouragement from my wife…I posted it to facebook… and got nothing but support. I’m out, baby. This is kind of a milestone. The first day I dressed up to work. Wig/boobs/makeup – the works. No one said a thing. Nothing. It was awesome. Also kind of underwhelming. I’d spent so many years terrified of moments like this – the confrontation of people I knew with a new reality, and…nada. Zip. Why the hell hadn’t I done this already?! Imagine how much better I would’ve been sooner! Argh! I started to get a bit more serious about my photos after that. This is from the first actually-trying-to-do-a-photoshoot shoot I ever did. Eyebrows are a bit weird, and lighting’s a bit off, but I look at that photo and I feel like I accomplished something :D More photoshoots, better clothes. This may as well be called “THE YEAR I FIGURED IT OUT”. Figured out my style, figured out my makeup routine. Figured out how to take photos. Happiness increased to maximum levels. I don’t really know if there’s much more to say. There’s nowhere else at this point I want to go (other than start getting lasered!) 2016’s a few months away, still. I should probably get to taking a few more photos :)

7 thoughts on “My Crossdresser Timeline”