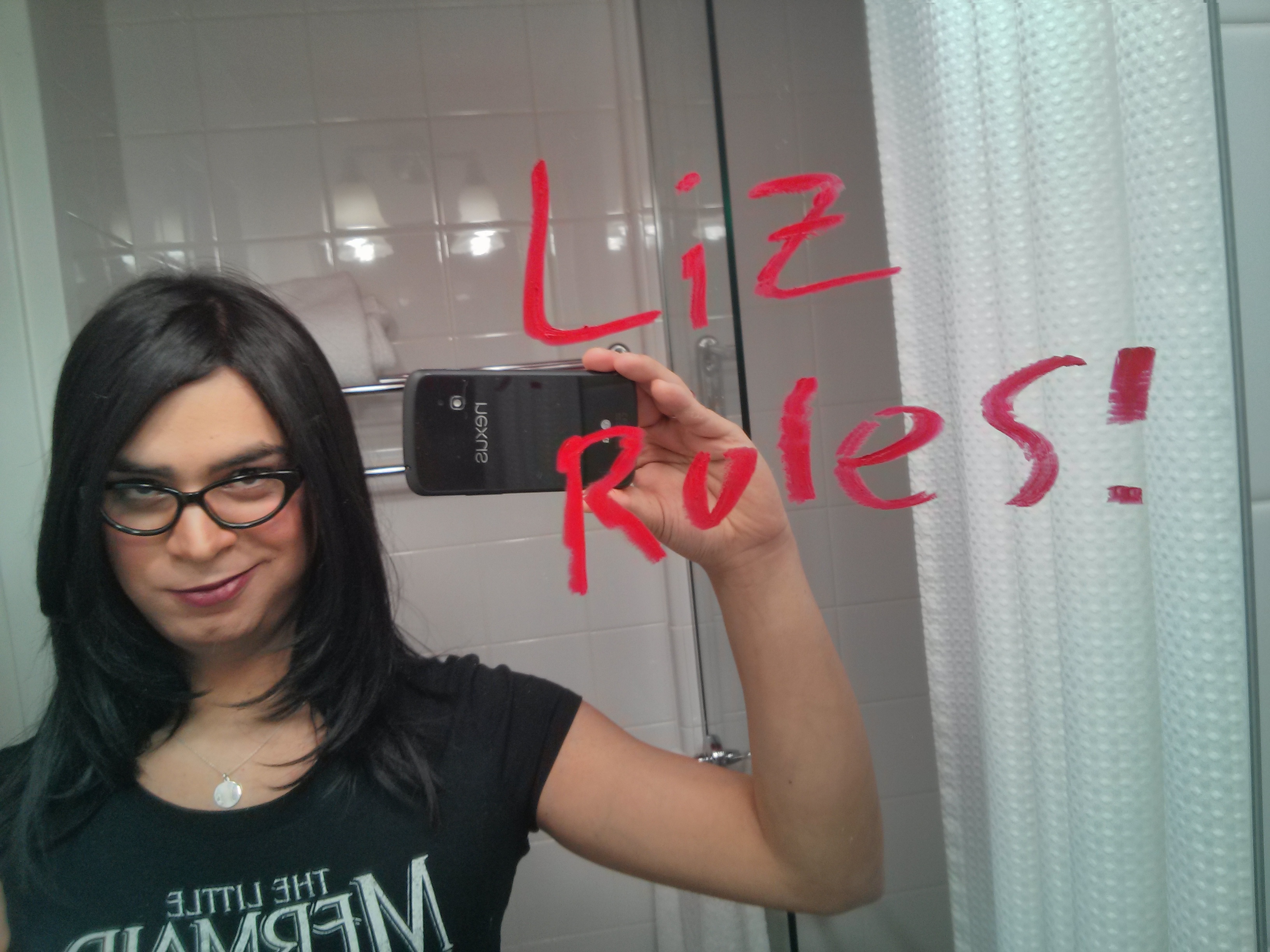 So like, when you’re dressed up, what bathroom do you use?

I had a co-worker ask me this once (HEY, IT STILL COUNTS) and I forgot to write about it. Also, a commenter asked a similar question, and it definitely deserves a thorough answer.

When I’m at work and I’m dressed up, I use the men’s bathrooms. Since I present as female maybe 10% of the time, it seems inconsistent to pick and choose which bathroom I’d use at work. Almost certainly, no one would have any issues with me using the women’s bathroom, but it still feels a bit weird.

Living in the Bay Area makes this an easier prospect. Most people/businesses are somewhat familiar with those of us who are non-gender-conforming, which generally makes this a non-issue. That said, laws local to you may have different ideas about what is acceptable or not, and so definitely be aware and use caution (and more importantly, don’t take my experience as advice! My only advice would be to make your own judgement calls, and be safe!).

And really, why aren’t there more gender-neutral bathrooms anyway? Believe me, the only thing I want to do in there is pee, wash my hands, do a quick mirror-check, and then get the hell out of there. And that’s true, regardless of what gender I’m presenting as!

If you do have to go to the bathroom, it might be worth knowing which businesses nearby you are accepting of non-gender-conforming people. A quick shout-out is definitely deserved by Macy’s and Nordstrom who’ve always treated me respectfully when I’ve been shopping there :D

6 thoughts on “Ask a Crossdresser: Bathrooms”