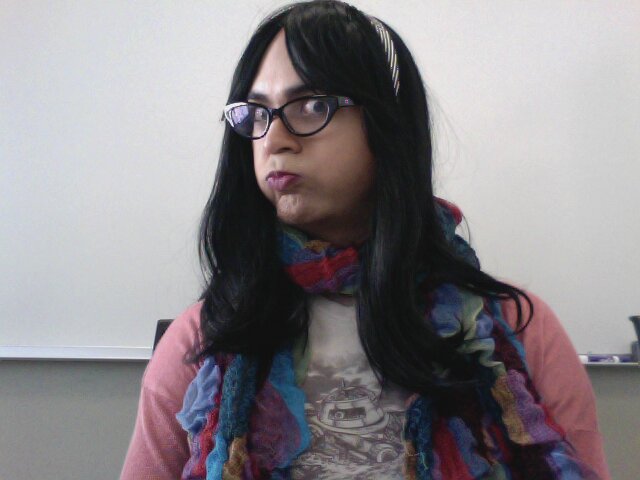 So when you’re dressed as a man I assume you prefer to be called be the male pronoun of “he” and as a woman you’d prefer “she”? That was something my friend and I weren’t totally sure about at a drag show but I figured that if they were currently dressed as a woman they wanted to be called a “she”.

Yeah, when I’m dressed up as a woman, it seems only right to be referred to as she. Being called “he” when I’m dressed up generally means that either I don’t look good, or the possible that the other person is being deliberately obtuse (because clearly if I’m wearing a wig/makeup/BOOBS, I’m aiming for looking like a woman). I guess it’s more of a respect thing than anything. If that makes sense. I suppose it could mean that they’re just confused and unsure… in which case I don’t mind, but generally those people ask – and as you can probably tell, I don’t mind answering questions :D The general rule is to refer to the person as the gender that they’re presenting is, and when in doubt, ask which pronouns they would prefer! :D