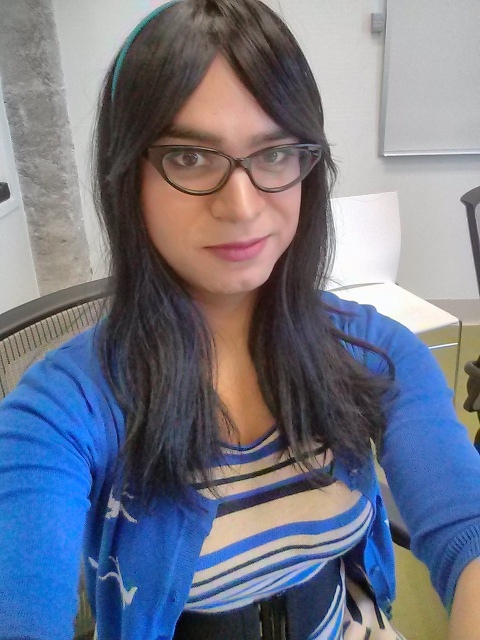 Home » Being Out » Coming out as a crossdresser – over and over again.

I remember reading an article a while ago about how coming out doesn’t just happen once, but that it’s a continuous process of self-revelation each and every time you meet new people. I guess it must have struck a chord with me, because I found my self thinking about it recently as some circumstances at work are changing, and I feel like I’m coming out as a crossdresser to people again.

The attentive reader might be aware that I’m already out at work. For the last year, I’ve basically been dressing up whenever I want – it’s been pretty awesome! However… I’m actually switching to a different team. Same department, but I’ll be surrounded by a group of different people, and the question is… How will they react?

Rationally, I’m sure they’ve mostly already seen me dressing up. But I have this itch in the back of my brain – that voice that tells you things will go horribly, one that I’ve done pretty well at quieting down – but it’s shaking my confidence a bit.

Yes, I’m a crossdresser. I take fairly good pics (I think D:). I wear high heels, flats, skirts, and dresses. Panties (which is a word I’m really not fond of), and bras which I fill with breastforms. I have a few good wigs (and not so good ones :S), I’ve spent a somewhat ridiculous amount of money on makeup that I think I know how to use now, and I think generally look pretty well put-together. I aiming for a classy look, and I think I’ve gotten better at getting there (maybe somewhat asymptotically)

All that said, it’s still sometimes hard to talk about, and it’s still hard sometimes just going out and being myself.

I’m sure it’ll all be fine when I finally do go to work dressed again while in that team, but it’s just that small barrier – that hurdle I have to jump that feels immense but is probably tiny.

Mental note – must not fill with self-doubt.

I’ve done this before, and it was harder that time.

Read more about my experiences Being Out.

2 thoughts on “Coming out as a crossdresser – over and over again.”