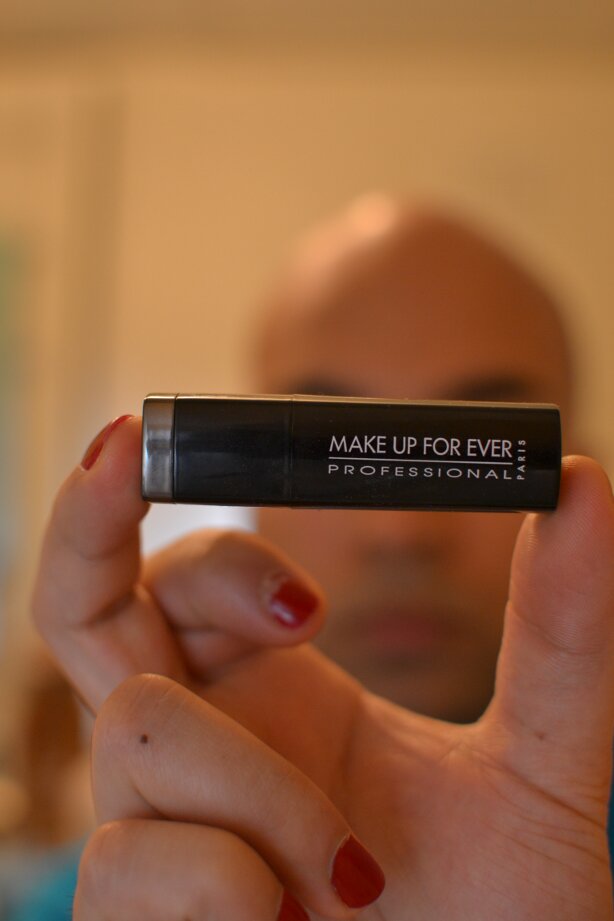 Carrying on from Part One, in the Making Liz series…

OK. Now we’re getting into the meat of it. See this? This is lipstick? Where does it go? On your lips? NOT YET BIATCH. If you haven’t already noticed, I’ve still got a bit of stubble going on. Kind of annoying – you can’t feel it, but it’s there, under the skin, showing through with it’s dark, menacing lustre. So now, we do battle – take a tube (tube?) of red lipstick, and dot it around your stubblezones so you look diseased. Mission a-fucking-complished. What we’re doing is basically using the red of the lipstick to sort-of cancel out the blue/black tones of your underbeardski. Go ahead, smear it around so you look less pox-ridden, but more rashy. I don’t know about you, but I’d say my beard is a little bit less obvious. Just a tad. But we’ve still got a ways to go. Fact: Bitches love tissues. You know why? So you can wipe all this makeup crap off your hands.

Really though, make sure you keep some tissues/Q-tips handy for minor fixes.  Q-tips by themselves don’t do a whole lot, but what I find helps is putting a tiny bit of moisturizer on each end – really helps pick up a lot more stuff. Sweet, sweet concealer. How I love thee. This is Make Up Forever HD concealer. A tad pricey, but in my opinion, worth it. It really help minimize the beard a bit – make sure you get properly colour-matched for this, or else you’ll look kind of weird. Be brave. If I can walk into a makeup store and ask to get colour matched, so can you :D Sometimes I think the process of me putting on makeup is just a series of looking like I have different diseases. Boom! Concealed! Ok, in an ideal world, I would have makeup that would conceal my beard 100% and not look stupid. I’m unlucky enough to have a fairly strong beard. I’m not going to laser it, because there are days when I like being a beardy bastard, but then, well, when you’re dressed up, you just kind of have to deal with it. Kind of sucks, but thems the breaks. I don’t think I pass – certainly not on close examination, and ideally I would. But I’m pretty sure I don’t. Maybe with the casual glance, or the passers-by, fine. But is that what it’s all about? Maybe. Maybe not. I don’t know. I’m getting sidetracked. I know, PUT SOME MORE LIP TREATMENT ON! Sweet fancy moses… really, I hate putting stuff on my lips. Drives me bananas. But I’ve learned to deal with it now, and I’d rather have smooth, moisturized lips, than dry, cracked, horrible ones. So go to town with this stuff. Oh yay, it’s foundation time! What we’re going for here is an even coat of this stuff – it’s called Foundation for a reason: This is what we’re going to be building our face on. This will even out your complexion. You’ll look a bit flat, but we’ll get to fixing that later. See that angled brush I’m holding… That’s important… So you’re a dude. You’ve got stubble. Getting that foundation in and around it can be tricky without a brush. The difference in how it looks between using a brush, and not, is like night and day. Make Up Forever again, yay! I quite like this stuff – it really smooths everything out – although it feels a bit heavy/oily. I really want to try out their HD foundation, but it’s $$$ – maybe when this stuff runs out. So far, so good! beard’s minimized, and we’ve a decent base. It’s like being scrubbed down to Beauty Base Zero like in the Hunger Games, except we had to build our way there. GOD DAMMIT CINNA, WHY DID YOU HAVE TO DIE?!

Uh… moving on… to Part Three

2 thoughts on “Making Liz – Part Two: Building something to build on”