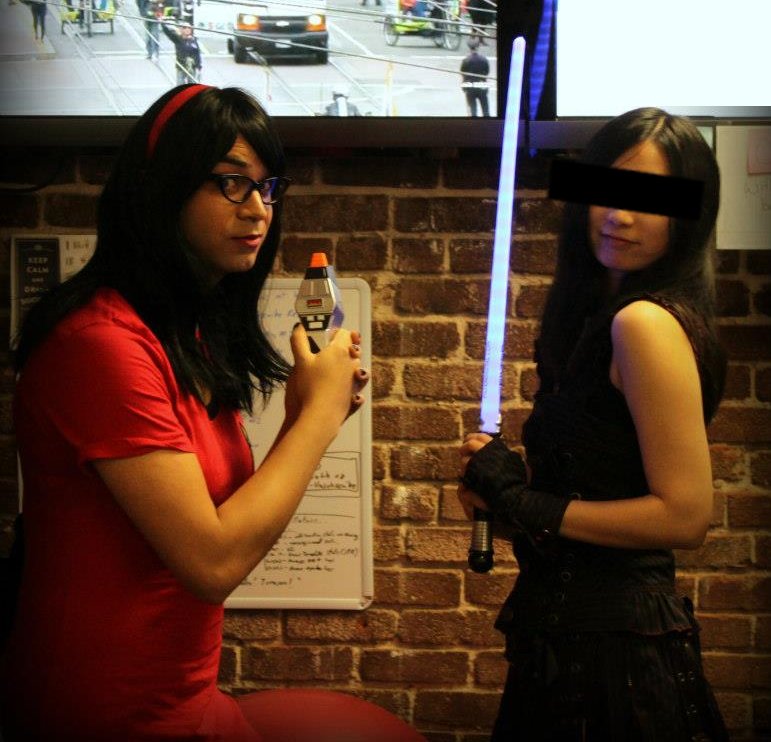 Home » Being Out » Halloween, last year!

Another outing for Halloween :) I had to do something this time, because last year I ended up being sick, and I missed it :( Probably the best part of this was the fact that people I didn’t know, and had never met before, were coming up to me saying “You totally won!” and “I hate it when you dress up, because you have better legs than I do!”

I think I’m officially “That guy” at work. But you know what. That’s fine. It made the next steps a lot easier…

Some notes on the outfit:
Dress was from Thinkgeek, earrings (which you can’t really see, but are star-trekky) I got from Etsy, which is an amazing resource. Boots were cheapo gogo boots from Amazon.

See more posts about my Being Out, or see more of my Pics